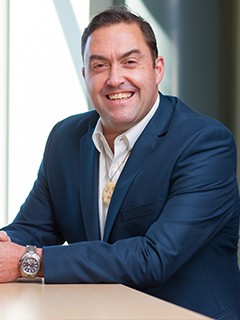 Just in time for mental health awareness week – a memo to Kiwi bosses:

If you want to support your employees’ mental health during a crisis, non-existent leadership is better than bad leadership.

A new study by AUT’s Professor Jarrod Haar (Ngāti Maniapoto, Ngāti Mahuta) shows that, just after New Zealand’s first COVID-19 lockdown, employees who felt they experienced good crisis leadership from the top of their organisation and from their immediate manager reported low anxiety, depression, and stress.

Perhaps more surprisingly, the study also showed that those respondents with no contact from either their company’s boss or immediate manager also reported low anxiety, depression, and stress.

In contrast, employees who experienced poor crisis leadership fared worse in terms of their mental health.

This finding–that having no crisis leadership interaction was superior to receiving poor crisis leadership–challenges the notion that leaders must constantly engage their workforces–particularly during times of uncertainty.

The study was undertaken during the nationwide lockdown, from Alert Level 2 to Alert Level 1. Participants comprised a representative sample of around 1300 New Zealand employees who were relatively evenly split across gender and spanned an age range of 19-70 years (with an average age of 39 years). Just over 1000 employees were surveyed in the first month of lockdown; around 250 were surveyed one month later.

Participants were asked to assess the crisis leadership style of their organisation’s CEOs (or equivalent) and immediate manager during the pandemic lockdown. They were asked to describe more strategic aspects of their CEO’s approach (e.g., “Communicated what is going on with the business clearly and with transparency”) and more personal aspects of their immediate manager’s leadership style (e.g., “Was calm and patient even in the face of uncertainty”).

The survey found that around 21% of respondents reported they heard nothing from their CEOs during lockdown, and over 12% had not heard from their immediate manager. Of those who did have contact, roughly 78% of respondents rated the performance of their organisation’s leadership as “neutral or better”; 75% of those surveyed described the leadership style of their immediate managers the same way.

Professor Haar says the pandemic has provided unprecedented, real-time insights into the vital relationship between leaders and employees.

“There is clear evidence that employees expect their leaders to help shape uncertainty and bring clarity and direction in turbulent times,” says Professor Haar. “We know a lot about good leadership and how it can help in times of crisis – but now we’re discovering the damage that bad leadership can do.”