Payday loans have the potential to both help and harm consumers. On one hand, payday loans are a convenient form of short-term financing for credit-constrained consumers who face a negative income shock. Without access to payday loans, these consumers may have no other choice but to miss payments, and possibly file for bankruptcy. On the other hand, payday loans could ensnare borrowers in a “debt trap”. The ultra-high APR—typically around 390%—causes borrowers to struggle with loan repayment. Fearing debt collectors, the borrowers rearrange their finances, miss payments, and possibly file for bankruptcy. State regulators have found the latter argument convincing, especially in recent times: between 2009 and 2011, four states—Arizona, Arkansas, New Hampshire, and Montana—effectively banned payday lending by implementing an interest-rate cap on small loans. In this paper we use these interest-rate caps as quasi-experiments to test whether access to payday credit affects delinquencies and bankruptcies. Because of the small number of recently-banning states vis-à-vis the number of non-banning states, we perform a synthetic control analysis for each of the four treated states. We show that while the interest-rate cap was effective at decreasing payday lending in each state, there is weak evidence of any effect on delinquencies and bankruptcies. We believe that the results from New Hampshire are particularly convincing since it was surrounded by states (and Quebec) that banned payday lending throughout the study period (2000-2016). These findings corroborate the findings of Bhutta et al (2015), who find that payday loans do not materially affect the financial health of borrowers. Furthermore, we find a statistically-significant increase in pawnshop usage in the recently-banning states vis-à-vis the non-banning states. These findings are consistent with Melzer and Morgan (2015) and Bhutta et al (2016), both of which find that payday lending bans channel consumers into higher-cost alternatives. 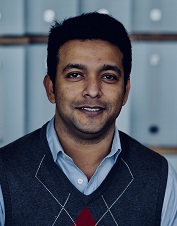 Dr Kabir Dasgupta is a Senior Research Fellow at the New Zealand Work Research Institute (NZWRI), AUT. Kabir gained his PhD in economics at Temple University (United States). His research interests include Health and Labour Economics, Applied Econometrics and Policy Analysis. He has published in this space, including outputs in Health Economics; Economics and Human Biology; and B.E. Journal of Economic Analysis and Policy. His key strengths are on application of econometric tools to big data for policy-focussed research. This includes externally funded contracts for the Productivity Commission, Ministry for Women, Superu, and Ministry of Education.